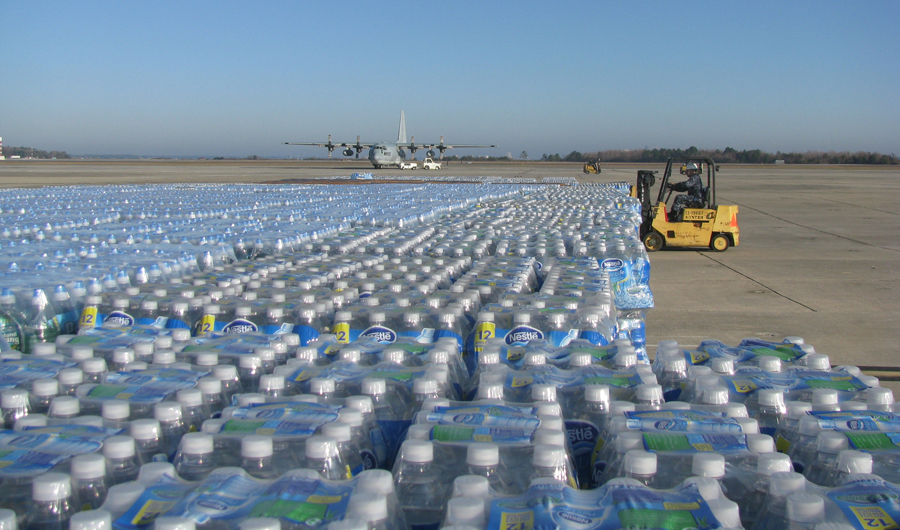 1 companies
Nestlé's Chairman and former CEO once infamously declared that "access to water should not be a public right." And now his company is putting into practice its belief that every resource should be commodied and sold off. Nestlé is sucking up water from a Canadian watershed during drought conditions -- to bottle and sell it off.

Nestlé has won a permit to drain an Ontario aquifer whenever it likes. Meanwhile, the surrounding communities which rely on the aquifer have by-laws to restrict their access to their own water during dry conditions in the summer. This just isn’t right, and Maude Barlow, the Council of Canadians, and Ecojustice are fighting back against Nestlé and the Ontario government office that handed out its permit. It shouldn’t take a legal proceeding to force Nestlé to do the right thing. Let’s tell Nestlé that a community’s access to its own water supply is more important than any company's profits.

Currently, Nestlé has a permit through 2017 to take about 1.1 million litres of water per day from Hillsburgh, Ontario for its bottling operations in nearby Aberfoyle -- even during drought conditions while there are by-laws on water use for households.

A number of groups are fighting back. “Ontario must prioritize communities’ right to water above a private company’s thirst for profit,” says Maude Barlow, National Chairperson for the Council of Canadians.

Nestlé has been in the news a lot lately for attempting to profit from our natural resources. Last month, over 220,000 SumOfUs.org supporters signed our petition against Nestlé's greedy effort to patent the fennel flower, a cure-all medicinal remedy for millions of people in impoverished communities across the Middle East and Asia. Several days after we sent out our petition, a video emerged showing Nestlé’s Chairman claiming that the idea that water is a human right comes from “extremist” NGOs and that water should have a market value. Nestlé has dealt with NGOs and lost before -- the years-long boycott over Nestlé's dirty tactics to get mothers to stop breastfeeding and use baby formula -- which resulted in thousands of infant deaths from water-born illnesses -- was a historic success in corporate campaigning.

Nestlé’s appetite to commodify water and natural remedies is a recurring strategy by a corporation with a pattern of seeking to privatize and profit from traditional knowledge and our natural resources. By speaking out against the draining of our watersheds, you will be taking a stand against Nestlé’s strategy to profit off everything in nature.Demand that Nestlé stop commodifying everything in nature. Stop draining Ontario's watershed to bottle water.
Campaign organized by: