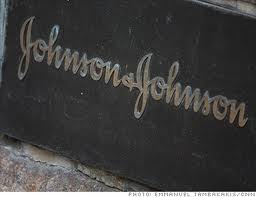 Executives at Janssen Pharmaceuticals Alex Gorsky, Gary Pruden and Bridget Ross all went to promotions and are now involved with the Johnson & Johnson Ethicon Gynecare Mesh cases where they were found to have destroyed evidence. This pathological pattern of behavior by Johnson & Johnson executives must be stopped.

Johnson & Johnson rep states they take accountability:
“We’renotperfect but we want people to understand that when we do make mistakes, weown up to those mistakes andwe want people to understand the values that are behind J&J.” Michael Sneed, VP of global corporate affairs Johnson & Johnson http://www.forbes.com/sites/jenniferrooney/2013/04/25/johnson-johnson-unveils-new-corporate-branding-campaign

And yet in the headlines:  J&J fights $327 Risperdal Verdict, saying no one was harmed
In October it settled 5 pending cases for undisclosed sums, dodging the chance that former FDA Commissioner David Kessler would be allowed to testify against the company. He was prepared to say J&J broke the law by promoting the drug for use in children.  http://www.fiercepharma.com/story/jj-fights-327m-risperdal-verdict-saying-no-one-was-harmed/2013-03-22#ixzz2YW4aZcNW

Johnson and Johnson's Janssen Pharmaceuticals subsidiary from 1993 through the first three months of 2008:
1,207 children given Risperdal suffered serious problems, including 31 who died. Among the deaths was a 9-year-old with attention deficit problems who suffered a fatal stroke 12 days after starting therapy with Risperdal. At least 11 of the deaths were children whose treatment with Risperdal was unapproved by the F.D.A. http://www.nytimes.com/2008/11/19/health/policy/19fda.html

Johnson & Johnson officials knew the antipsychotic drug Risperdal could cause boys to grow female breasts and hid those risks from doctors and patients, a lawyer for a teen-ager suing the company told a jury.  J&J’s lawyer countered today that the breast development was normal for a teen (male) going through puberty and Risperdal played no role in it.  And let's not forget : “We’re not perfect but we want people to understand that when we do make mistakes, we own up to those mistakes and we want people to understand the values that are behind J&J.” Michael Sneed, VP of global corporate affairs Johnson & Johnson http://www.forbes.com/sites/jenniferrooney/2013/04/25/johnson-johnson-unveils-new-corporate-branding-campaign
http://www.bloomberg.com/news/2012-09-24/j-j-hid-risks-risperdal-makes-boys-breasts-grow-lawyer.html

Johnson & Johnson paid $2.2 BILLION for illegal off label marketing in the Risperdal case but that was only 1 year of the drugs sales in 2007.
http://www.businessweek.com/ap/2012-07-19/report-j-and-j-will-pay-2-dot-2b-in-risperdal-settlement
Risperdal had been Johnson & Johnson's top-selling drug with $2.2 billion in sales in 2007, the year prior to its patent expiration.
http://www.benzinga.com/news/12/08/2803954/johnson-johnson-cure-risperdal-lawsuit

Boycott all Johnson & Johnson products until their name is out of the headlines for massive recalls or massive DOJ payments for illegal marketing.  http://mel602.tumblr.com/post/67390175364/johnson-johnsons-image-taking-a-beating-no-band-aid