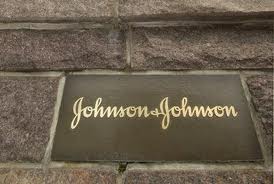 at least 10 times each day during the campaign to bring greater awareness to all mesh victims and to try and bring forced accountability from #JNJJohnson and Johnson in the news again for having to pay millions in fines ($23 Million on 7/17/2013).
Is Johnson & Johnson AGAIN taking unnecessary risks with our health for their profits?
This time for hiring problems within management that resulting in over the counter (OTO) medication problems for consumers.

"The health care giant agreed to resolve the dispute brought over allegations that J&J management shirked their responsibilities and allowed a chain of events that resulted in congressional probes; lost market share, consumer confidence and revenue, and a consent decree with the FDA. In the lawsuit, a shareholder charged that J&J bungled the integration of the Pfizer consumer health acquisition, placed inexperienced execs in charges of its OTC unit and cut costs so drastically that quality control suffered."

BOYCOTT all Johnson & Johnson products until they remain out of the headlines for cutting corners at patients and consumer's expense.  Do not support a Company that harms our families.