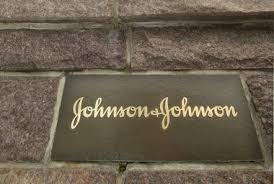 Demand that Johnson & Johnson update and correct their website to properly reflect the executive and senior management bios of Alex Gorsky and Gary Pruden with all their exact titles at Janssen which will permanently tie them to the Risperdal crimes via SEO (search engine optimization) forever.  Just because the $2.2 billion fine is paid and forgotten, does not mean we should forget who was involved and how they were linked.  We know the devastated families of the 31 children that died and the young male adolscents who grew breasts, will never forget.   Should we let the executives, who never went to jail, and keep getting promoted, forget?

Johnson & Johnson’s Janssen Pharmaceuticals were chargedby the DOJ in November of 2013, $2.2 Billion for off label marketing andillegal kickbacks for Risperdal.  Noexecutives or senior management went to jail despite 31 children dying (11 ofwhich were from off label marketing of Risperdal) and adolescent males grewbreasts.

As consumers we should never forget what company and theirsubsidiary was involved and which executive and senior management were linkedto the Risperdal crimes.  We need towatch the careers of these Executive ‘players’ like we do major athletes andstart tracking their moves to make sure they do not become repeatoffenders.


1988 AlexGorsky is hired at Janssen Pharmecutica (1988-2003) where, accordingto the Johnson & Johnson bio company bio for ‘15 years, he advanced through positions ofincreasing responsibility in sales, marketing, and management.’ Then AlexGorsky became President of Janssen Pharmaceuticals.

According to government’s complaint documents:  1998 to 2003  — Gorskywas vice president of marketing for Johnson &Johnson’s Janssen unit then became president. He was responsible for sellingRisperdal, a drug whose biggest customer was Omnicare, according to thegovernment. Sales of Risperdal increased tremendously during that time.”

It would appear Johnson & Johnson left, AlexGorsky Vice President of Marketing at Janssen Pharmaceutical off the companybio.  And again with another seniormanager:

1985 Gary Pruden hiredat Janssen Pharmecutica (1985-2001) where, according to his bioon the Johnson & Johnson website, he held a ‘numberof senior positions in sales, marketing, and strategic account management.’Again, according to court documents: In a deposition Gary Pruden,is listed as Janssen Director of Marketing page 3 bottom (http://propulsid.laed.uscourts.gov/Orders/jointr7.pdf) Alex Gorsky, Gary Pruden and Bridget Ross have held JNJ Executive positions at Janssen during Risperdal and Ethicon Gynecare during the destroying of documents for the pending 30,000 federal court cases. #ForceAccountability for JNJ Board and shareholders to let them know we will not financially support executives who have engaged in unethical or illegal activity that's been replicated and rewarded.  #JNJExecutivesBannedForLife

Read more here:
http://www.killingmycareer.com/the-sociopathic-business-model/the-yellow-brick-road-of-risperdal/And while everyone may not have taken Risperdal or had Gynecare Mesh implanted it doesn't mean we can't support the victims by withholding financial support to Johnson & Johnson until they are held accountable for unethical and illegal activity.Please join #BOYCOTT The Band-Aid if you disagree with Johnson & Johnson's putting profits before patient's safety.  http://www.buycott.com/campaign/707/boycott-the-band-aid-america-s-1-bandage-brand#TheSociopathicBusinessModel http://www.killingmycareer.com/the-sociopathic-business-model/