Stop the largest slaughter of wildlife in Africa! 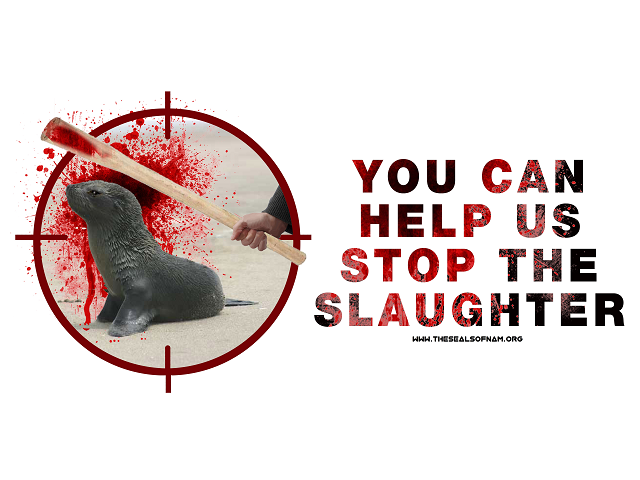 Stop the largest slaughter of wildlife in Africa!

1 companies
Each year from July 1st, a quota of 80 000 Cape Fur seal pups are set to be beaten to death in Namibia. The pups are separated from their mothers. They are herded away from the safety of the sea where they are then beaten to death with pick handles. They are stabbed in the throat, often while fully conscious and still very much alive.

You can help put an end to this!

Pups are known to become so terrified, that they will vomit up their mothers milk in fear. Pregnant females get so frantically disturbed at the massacre that they have even been known to self-abort!

A further quota of 6 000 adult bull seals will be set. These are to be shot at point blank range so that their genitals can be exported to the East where they are used to make ineffective sex potions for the Asian Market. In this way, Namibia fuels an illegal international trade in animal body parts for fake medicines.

Namibia is the only country on earth to allow the brutal slaughter of cubs still dependent on the teat. Such iniquitous atrocities can be likened to murder in the nursery.
.
We can beat this cruelty!

Aside from the cruelty aspect, an independent report shows that seal viewing based ecotourism in Namibia will yield three hundred % more revenue than the massacre and will create a wealth of job opportunities in a country desperate for employment.

This is not just about animals, but people too!!

Cape Fur Seals are a threatened species. They have suffered massive habitat loss, several mass die offs and they are listed on Appendix II of the United Nations Convention on International Trade in Endangered Species. (CITES)

The law, as stated under Section 2 (1) (a) of the Namibian Animal Protection Act is very clear in making it an illegal offense to beat an animal to death. It is our steadfast opinion that the government is violating its own laws.

We raised this issue at a high level government meeting in 2011. The government responded by ruling that, according to the semantics of the law, seals are not classified as animals.

Nothing has changed except the hunt quotas keep getting increased.

Our intention is NOT to compromise small businesses and private individuals. We understand that the average Namibian is not a cruel barbaric heathen. There are thousands of Namibians who are not supportive of the slaughter  but who have no say in the matter. The last thing we want is to hurt or inconvenience our supporters; the very people from where support for us is critical.

We are targeting big business. Instead of showing social and environmental responsibility, these companies are blase, supportive of gross cruelty violations and deserve our full contempt.

Thank-you for your support. 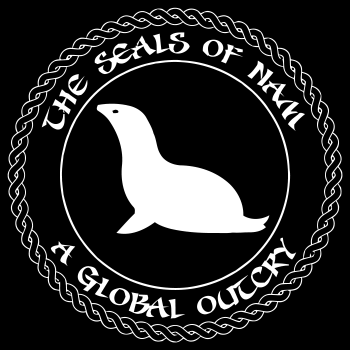