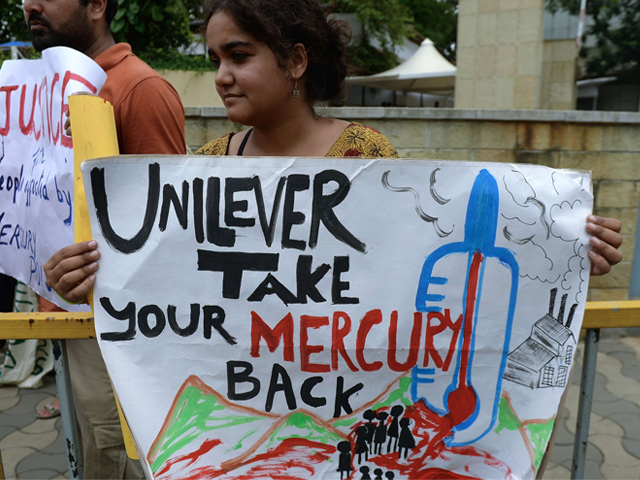 1 companies
Thousands of workers were exposed to mercury poisoning at Unilever’s Kodaikanal thermometer assembly plant. The factory operators did not give its workers any protective equipment or information about the disastrous impact that mercury has on health.The factory owned by Hindustan Unilever also dumped toxic mercury around their plant, and this has not been cleaned up in the 14 years since this plant was shut down. The contamination continues to impact forests and groundwater.

The workers cannot afford private healthcare. They have been fighting for Unilever to clean up the toxic contamination and compensate them for their medical expenses as a result of mercury for many long years. They need us to stand with them now, more than ever.Paul Polman, Unilever’s CEO, prides himself in heading a company that he says is accountable to its workers, and to the environment.

Let’s ask him to put his words into practice by asking him to clean up his company’s toxic mess and to compensate the workers who have lost their health and in some cases, their children, to Unilever’s unethical practices. As the global CEO, he has the power and resources to either take unilateral action or pressure Hindustan Unilever – a Unilever subsidy – to take immediate action itself. Boycott all Unilever products till they clean up their mess!