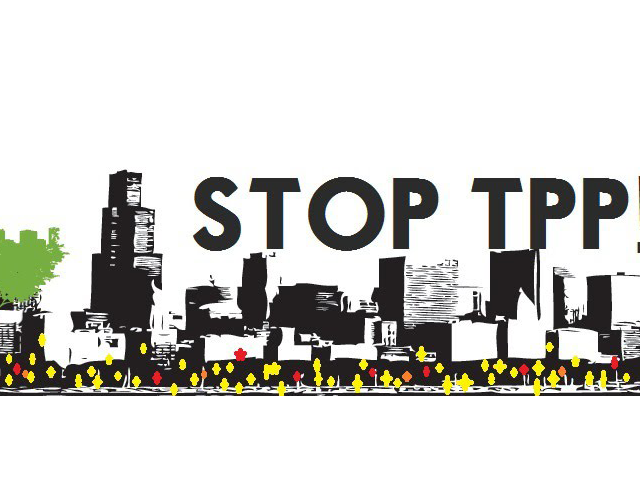 39 companies
The Trans-Pacific Partnership (TPP) is a secretive, multinational trade agreement being negotiated amongst many Pacific Rim nations and several multinational corporations. The TPP is a threat to democracy, undermining national sovereignty, environmental protections, workers' rights, and Internet freedom.

Ilana Solomon, Sierra Club's director of responsible trade, argued that the TPP "could directly threaten our climate and our environment [including] new rights that would be given to corporations, and new constraints on the fossil fuel industry all have a huge impact on our climate, water, and land." Upon the publication of a complete draft of the Environment Chapter and the corresponding Chairs' Report by Wikileaks in January 2014, the Natural Resources Defense Council and the World Wide Fund for Nature joined with the Sierra Club in criticising the TPP.

In June 2015, congress granted President Obama permission to fast-track the passage of the TPP. This campaign aims to raise awareness of the TPP and oppose the corporations that have been revealed to be secretly participating in the negotiations of the trade deals.