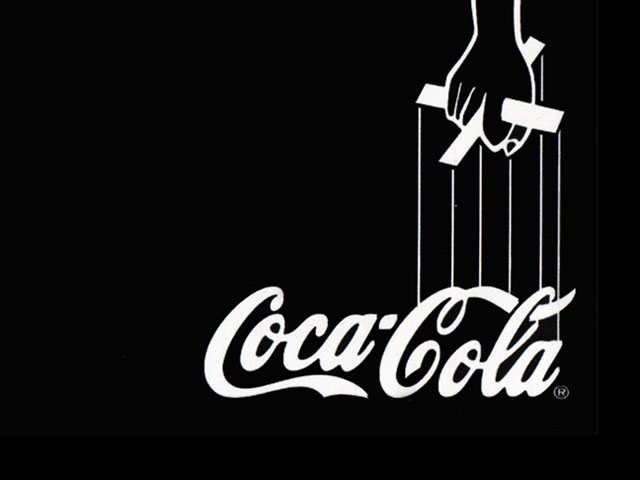 1 companies
Soft drinks are far from healthy, but the real reason to boycott Coca-Cola has to do with their crimes against humanity. Evidence uncovered by investigative journalist and author Michael Blanding has shown Coca-Cola may have been complicit with paramilitary murders of union members in South America, while draining and polluting local water sources in India and Mexico.[iv]Why haven’t you heard about this before? Coca-Cola spends nearly $3 billion a year on advertising to keep its iconic image[v] … ‘nuff said.

Of the 200 countries where Coca-Cola is sold, India  has the fastest-growing market, but the adverse environmental impacts of its operations there have subjected the parent company and its local bottlers to a fire storm of criticism and protest. There has been a growing outcry against Coca-Cola's production practices in India, which are draining out vast amounts of public groundwater and turning farming communities into virtual deserts. Suicide rates among Indian farmers whose livelihoods are being destroyed are growing at an alarming rate. Every day for years there has been some form of protest, from large demonstrations to small vigils, against Coca-Cola's abuses in India.

We ask Coca Cola to cease any activity that is destroying ground water sources in India.

For more background on this topic click here:  http://killercoke.org/