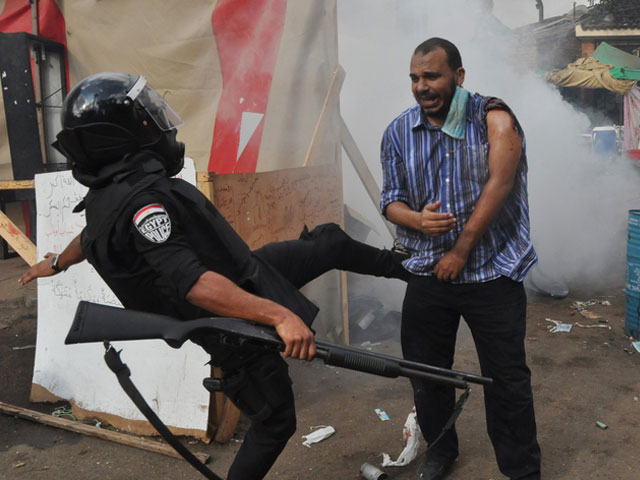 10 companies
On July 3, 2013, the Egyptian military removeddemocratically-elected President Mohammed Morsi from power, suspended theEgyptian constitution, and assumed control of the government.  Since then, over 16,000 peacefully protestingEgyptians, including hundreds of women and children, have been arrested foropposing the regime—mostly under vague charges with inadequate evidence. [1] Inmateshave reported wretched conditions and countless instances of torture.

The U.N. Human Rights Council, Human Rights Watch, andnumerous other watchdog organizations have called for an end to this systematicoppression perpetrated by the Egyptian military regime. [2]In October 2013, the United States suspended a portion of its military aid toEgypt in response to the human rights abuses taking place—an underwhelmingreaction at best.  The U.S. continues tosupport the Egyptian government financially and militarily, and has done littlemore than issue statements condemning the regime’s treatment of itspeople.

As long as the U.S. government continues to sponsor theEgyptian government’s violent suppression of its people, we must protest byboycotting major American companies that do business with Egypt!

For more information on the human rights situation in Egyptand what can be done about it, visit:
Supporters in the US, be sure to write your Congressmen—tell him or herthan the United States should be a symbol of democracy, not repression!